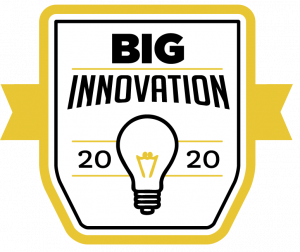 Couchbase, the creator of the enterprise-class, multi-cloud NoSQL database, today announced at the Connect Conference that Gluu was acknowledged with the Couchbase Independent Software Vendor Partner of the Year Award. Guest judges for the Couchbase Community Awards included Carl Olofson, Research Vice President at IDC, and Jon Reed, Co-Founder of Diginomica.

Open to Couchbase’s network of more than 300 partners, the award recognizes partners’ work in bringing differentiation and innovation to customers, and leading them to successful outcomes.

The Couchbase database is used for Gluu Server authentication and authorization requirements that requires extreme concurrency and “active-active” multi-datacenter replication. “Couchbase and cloud native technology has enabled Gluu for the first time to achieve true horizontal auto-scaling,” said Michael Schwartz, CEO of Gluu. “It’s a great honor to win this award, because it recognizes the sustained efforts of our combined engineering teams to make this accomplishment a reality. Couchbase has enabled Gluu to make performance into a competitive advantage. We’re crushing the competition in both transactions per second and total cost of ownership. You can’t do this stuff with ancient LDAP servers, no matter how much lipstick you put on them.”

“We are excited to not only continue, but to strengthen our long-standing partnership with Gluu,” said Matt McDonough, Vice President of Business Development at Couchbase. “Through Couchbase and Gluu’s cloud native approach, we’ve been able to split services and workloads to support auto-scaling easily enough to surpass the 1B authentications in a single day milestone. Together, we will continue to optimize the Couchbase platform along with Gluu’s robust, industry-proven solution for single sign-on and two-factor authentication to deliver the next billion authentications in a day.”

Have an IAM project you would like to discuss?

CONTACT SALES
PrevPreviousGluu Client Initiated Backchannel Authentication
NextTwo-Factor Authentication (2FA) Best PracticesNext
We use cookies on our website to give you the most relevant experience by remembering your preferences and repeat visits. By clicking “Accept”, you consent to the use of ALL the cookies.
.
Cookie SettingsACCEPT
Manage consent