Mission
To curate and commercialize a distribution of the world’s best open source digital identity infrastructure projects to foster adoption by organizations.

How we got started
In late 2008, Mike Schwartz, founder of Gluu, had a hunch that digital identity was too complex, too proprietary and too expensive for many organizations. The Gluu Server was envisioned as a turnkey integrated platform, based on open-source software, to enable more organizations to secure their “front door” with better authentication and authorization.

Gluu from 2009 to 2019
The first versions of the Gluu Server included several components for digital identity, packaged primarily as packages for popular linux distributions like Red Hat, Ubuntu and Centos. This product today is called “Gluu 4”.

Gluu from 2020 to today
In 2020, Gluu announced that it was moving its core code to the Linux Foundation. This move reaffirmed the company’s commitment to the open-source mission, providing a stable and permanent governance framework for the project. At the same time, the company introduced a next generation architecture for the product based on cloud native infrastructure, called “Gluu Flex”.

About our CEO
Mike is a digital identity expert and has been an entrepreneur in part of four decades. In addition to his role as founder of Gluu, he is the author of the 2018 Apress book “Securing the Perimeter,” and is the host of the podcast Open Source Underdogs. He resides with his family and pigeons in Austin, TX. 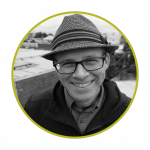 « Gluu Server Components | Jans Auth ServerGluu Server Components »
We use cookies on our website to give you the most relevant experience by remembering your preferences and repeat visits. By clicking “Accept”, you consent to the use of ALL the cookies.
.
Cookie SettingsACCEPT
Manage consent